Exiled from their home, the Kmhmu’ hill tribe people began relocating to the United States when the Communist regime assumed power in Laos. It has been and continues to be a difficult transition for the Kmhmu’ people. They struggle daily to learn about and participate in American culture, while not losing sight of the value of their past. Sister Michaela’s service to the Kmhmu’ encompass a full range of humanitarian support including English as a second language, preserving Kmhmu’ culture and history in their new home, and supporting this group in their devotion as new Catholics in the American Church.

Sister Michaela has brought a much-needed spiritual ministry to these people, as well as sympathetic teachings and basic support. Despite meager resources, Sister Michaela is helping these new immigrants understand and achieve educational, social, physical and spiritual health. After years of service, Sister Michaela remains dedicated to the Kmhmu’ people and they respect and love her for all her valuable advocacy. Sister Michaela’s main goal is to empower the Kmhmu’ to become self-sufficient and independent in their new home.

In addition to social transition, the Kmhmu’ must navigate the complicated process of becoming US citizens. Included in her humanitarian services, Sister Michaela assists in citizenship preparation, facilitates access to community social services, interprets official documents, and coaches the Kmhmu’ lay leadership.

Sister Michaela O’Connor is the “parish Sister” of the Kmhmu’ Pastoral Center based in the Diocese of Oakland. Sister Michaela serves the hill tribes’ people of Laos, which mainly consists of Kmhmu’, but also includes Leu, Mian, Thaidam, Lao, Hmong and Cambodian people.

These are the newest Asian immigrants to the Bay Area, exiled from their home after a Communist regime assumed power in Laos. Many come to the Bay Area directly from refugee camps. Sister Michaela works primarily with the Catholic Kmhmu’ community, but certainly anyone in need of support and assistance is welcomed. The major goal and hope of Sister Michaela’s work is to support these people in their presence as new Catholics in the American Church.

Their situation is unique in that their native religion is one without a personal God and they have much to learn about Catholicism and God. Most Kmhmu’ were not baptized as children. However, many had been baptized as adults before the Communist regime assumed power in Laos in 1975 by the French and Italian missionaries, or since then in refugee camps in Thailand and the United States.

Most of the Kmhmu’ population is poorly educated and has no written language skills. Their English is often very limited and for these reasons even scripture is inaccessible to them in the written form. This makes the presentation of the faith highly experiential and far less dependent on the written word. In addition to spiritual guidance, the Kmhmu’ require assistance in learning basic social and survival skills for their new American environment.

Sister Michaela is the only sister working with the Kmhmu’ people on a full time basis. She usually spends eight hours a day, five to six days a week teaching reading and writing; visiting hospitals, prisons, and homes; preparing the children’s liturgy for weekly Mass; advising and assisting in endless INS paperwork and meetings; preparing and printing Catholic education materials for Kmhmu’ families; seeking assistance including donations of clothing, building materials, and Christmas presents; and attending ethnic diocesan meetings to represent the Kmhmu’ community’s needs. In addition, Sister Michaela maintains contact with Kmhmu’ centers throughout the United States through the publication of a newsletter and calendar as well as regular meetings and workshops.

It is a challenging and frightening time for the Kmhmu’, as they have been driven from their own country and everything is new and confusing. The cultural confusion they experience often leads to depression and stress related disorders.Language and social barriers prevent many Kmhmu’ from communicating effectively with health workers and potential employers and this often leads to economic insecurity.

The Kmhmu’ have a strong faith, but it is new to them and requires nurturing and cultivation. Because the Kmhmu’ are unable to compensate those who help them adjust or those who provide spiritual guidance, the Sisters of the Holy Family have raised funds to support Sister Michaela’s ministry for nine years. Sister Michaela and the Sisters of the Holy Family are dedicated to serving the Kmhmu’ community in becoming self-sufficient American citizens and faithful Catholics.

Show your support for ministries, like Sister Michaela’s, that provide faith and social outreach for forgotten populations. 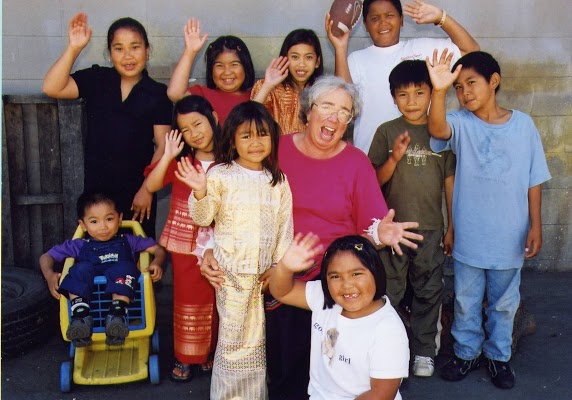 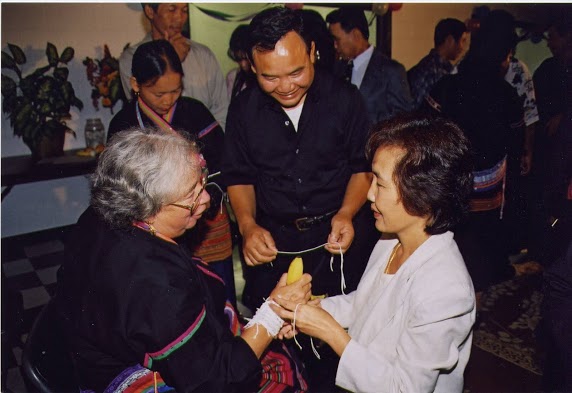 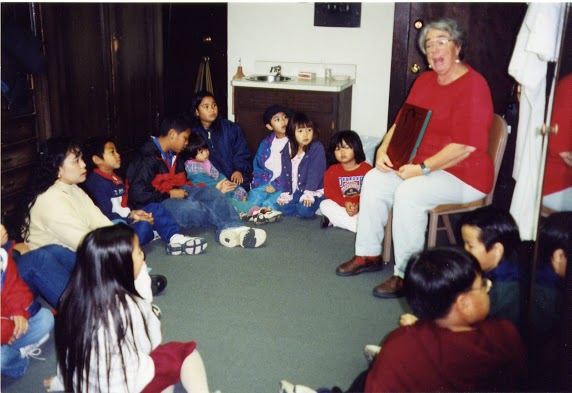 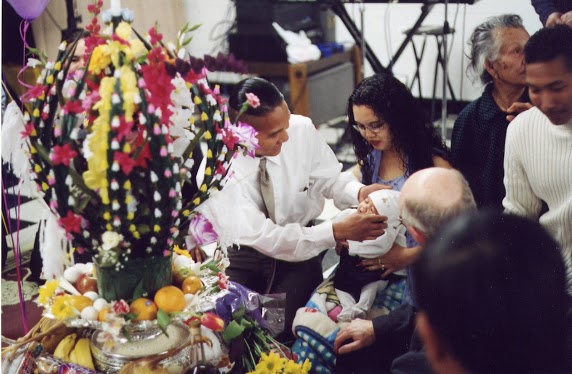 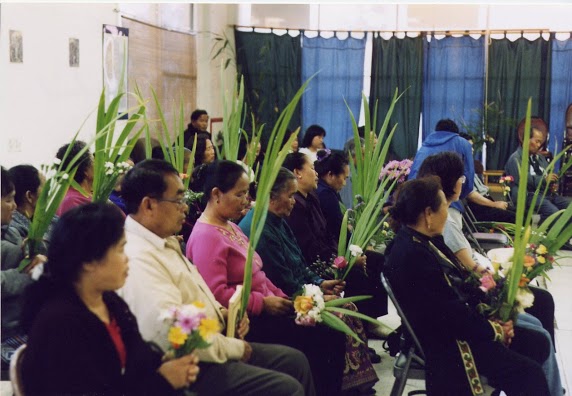